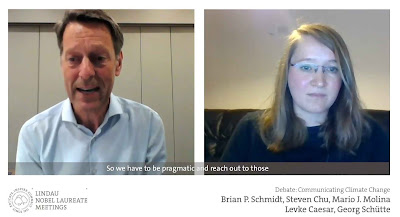 These are exceptional times. While the fine weather has served to make Covid-19 lockdown more bearable for many, the dry conditions themselves have been exceptional, especially in the east and in the Dublin region in particular. With 2 days left until the official end of spring, no rain is forecast so this is unlikely to change. Here we analyse precipitation records for the Phoenix Park station dating back to 1837, one of the longest continuous records in Ireland. We show that 2020 has returned the lowest spring [March, April and May (MAM)] rainfall total since at least 1837 and resulted in the development of drought conditions more extreme (and earlier in the year) than in summer 2018. The month of May, with a total rainfall of 8.3 mm (reported on Met Éireann’s website) ranks in the top 1% of driest months in the entire Phoenix Park record. However, truly remarkable is the fact that combined rainfall totals for April and May 2020 rank as the driest consecutive two months ever recorded at Phoenix Park, the longest running continuous series in the Republic. These are remarkable statistics on their own, however, long range forecasts and seasonal outlooks show little sign of significant rain at this stage.

Phoenix Park is the longest continuous meteorological station in Ireland, with observations starting in 1837 and running through to present. Apart from some instrumentation changes over time, the site has always stood in the grounds of Ordnance Survey Ireland and the surrounding environment has remained largely unchanged (Figure 1). For this analysis we pieced together the Phoenix park record using monthly totals transcribed from the 10-year rainfall books for the period 1837-1940 and from quality assured records downloaded from the Met Éireann website from 1941-2020. For those not familiar with them, the 10-year books contain monthly rainfall reports, collated into ten years of data per sheet. The records are held at the Met Office in the UK and have recently been scanned and made publicly available here https://www.metoffice.gov.uk/research/library-and-archive/archive/ten-year-rainfall-books. For the most recent months, we take reported rainfall totals from Met Éireann’s monthly data website, which provides an up to date running total for the month. We note that this data has not yet been subject to final quality control by Met Éireann, which may change the final total for May, but would have to be considerable to change results much. 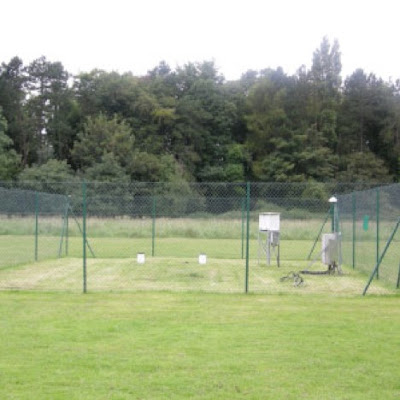 Figure 2 plots the annual rainfall totals for Phoenix Park over the full period of record for complete years (1837-2019). To check the quality of the data we applied the Pettit test and Standard Normal Homogeneity Test (SHNT) to the annual series. Both tests identify a statistically significant (p < 0.05) break point in 1913. However, we find no evidence from available metadata for any significant changes in the gauge, measurement practice or site at this time. Notes on the ten-year books highlight a change from an 8-inch gauge to a 5 inch gauge for some months in 1913, but reverts back to an 8 inch gauge before the end of the year. We note that Noone et al. (2016) also highlight a break point around this time at a number of other long-term gauges in Ireland. Given that we know of no systematic changes in measurement practice that would affect multiple series simultaneously at this time, it may be that this break point is due to a natural cause. Therefore we do not make any adjustments to the series here. We also emphasise that the identified break suggests that the pre-1913 series may be artificially low. As we are assessing low precipitation totals and droughts, we note that if adjustments were to lift the early series, it would make the spring 2020 totals even more remarkable in the long-term context. 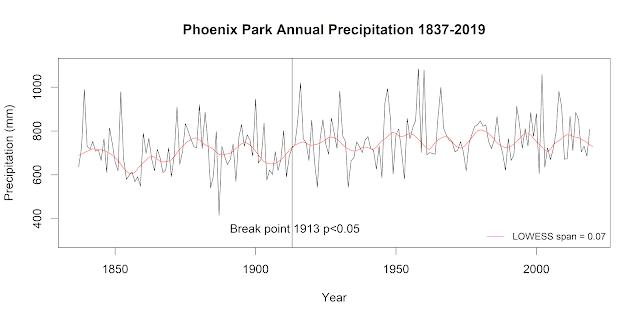 Figure 2 Annual precipitation totals for Phoenix Park 1837-2019. The black line represents low frequency variability in the series using a lowess smoothing function. The vertical black lines represents the timing of the possible breakpoint identified using both the Pettit test and the SNHT.

We extracted precipitation totals for spring [MAM] and all spring months from 1837 to 2020. These are plotted in Figure 3. Evident is the very low total for Spring 2020 (52.6 mm), by far and away the lowest spring total in the entire record. Totals for each month have been low, especially in April and May, but not record breakers on their own. Figure 4 shows just how extreme the spring 2020 totals have been, far lower than any other total recorded in the entire series. While March totals (30.7 mm) were below average, both April (13.6 mm) and especially May (just 8.3 mm) have been extremely low. These numbers are not just remarkable for Spring. The combined April and May total is the driest consecutive two-month total ever recorded (at any time of the year) at Phoenix Park. The total for May 2020 lies in the top 1% of driest months ever recorded at the station back to 1837. The total for the three months of March, April and May mark the 5th driest three-month period ever recorded across the record. 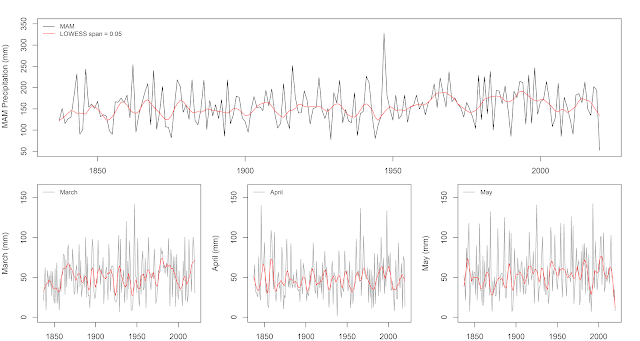 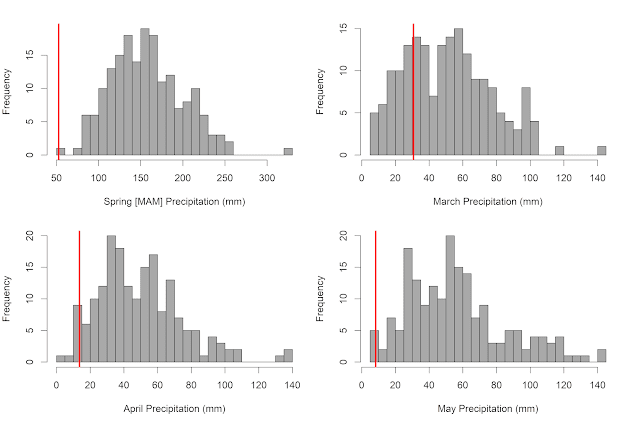 Figure 4 Histograms of spring [MAM] precipitation and for the months of March, April and May at Phoenix Park, Dublin 1837-2020. The red lines show the location of 2020 totals.

To examine drought conditions at Phoenix Park we use the Standardised Precipitation Index (SPI) (McKee et al. 1993). SPI is one of the most widely used drought indices and can be used to examine drought of various accumulations. Here we derived SPI-3 to examine how deficits accrued during spring 2020 compare to other droughts in the record. SPI-3 is widely used to measure agricultural drought and soil moisture deficits. SPI values between 0.99 and −0.99 are generally considered to be near normal, −1.00 to −1.49 is moderate drought, −1.50 to −1.99 is severe drought and less than −2.00 is defined as an extreme drought (Noone et al., 2017).

Figure 5 shows the SPI-3 index applied to all months since 1837. Evident is the extreme nature of the drought in which we currently find ourselves. In terms of three month accumulated deficits, the current drought has already surpassed the minimum SPI-3 values for the summer 2018 drought at Phoenix Park. It has done so more than a month earlier also. Across the entire record May 2020 and April 1854 are ranked joint fourth most extreme (SPI-3 = -3.24) drought events. March 1891 is ranked second (SPI-3 = -3.53) and April 1938 ranked as the most extreme (SPI-3 = -3.76). It is worth noting that the current drought event is ongoing and with no end in sight. It is already in the top 5 most extreme droughts in the series. 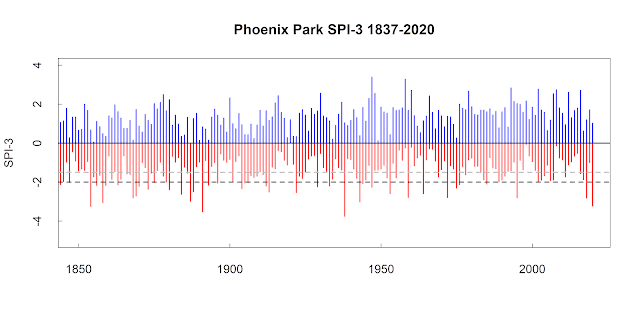 Figure 6 shows just the Spring SPI-3 series (SPI-3 extract for month of May) from 1837 to present. May 2020 is by far the most extreme Spring drought (SPI-3= -3.24) experienced at Phoenix Park in more than 180 years. No other event comes close. This is despite the fact that over the long-term there is a statistically significant trend towards less extreme Spring droughts. This should highlight the danger of planning based on the extrapolation of trends. Table 1 shows the top ten ranked spring droughts in the Phoenix Park record, with spring 2020 head and shoulders above the rest. 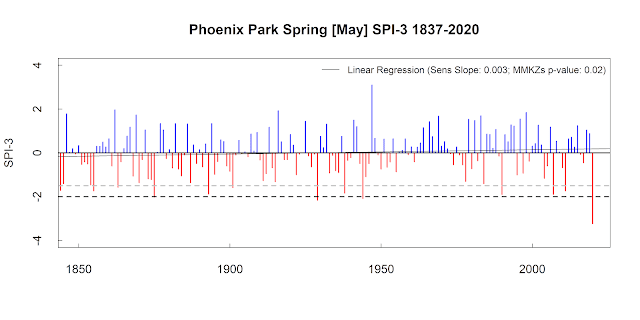 Figure 6 SPI-3 series for spring (May SPI-3) for Phoenix Park 1837-2020. The series shows a statistically significant trend (p=0.02) towards increased SPI-3 values over the long term (i.e. less extreme droughts). Despite this the May 2020 SPI-3 value is by far the most extreme on record.

It is important to note that this drought is ongoing. The passing of a season causes excitement for us to tally numbers, but the drought continues. The numbers are exceptional to date but large soil moisture deficits exist. It will take a considerable amount of rain to bring this drought event to an end. Continued dry conditions will make the 2020 drought an even more remarkable event. While forecasts for the coming weeks show some chance of rain, the totals for now look to be small. The longer-term seasonal forecasts for summer, while uncertain, suggest a drier and hotter summer than average over western Europe. The impacts of the 2018 drought live large in the memory. While the drought of 2020 is more limited in spatial scale thus far, affecting the east most intensely, the unfolding situation needs to be carefully monitored. Unlike 2018 we now find ourselves in the midst of a global pandemic where water has taken on a new public health importance and created new vulnerabilities. 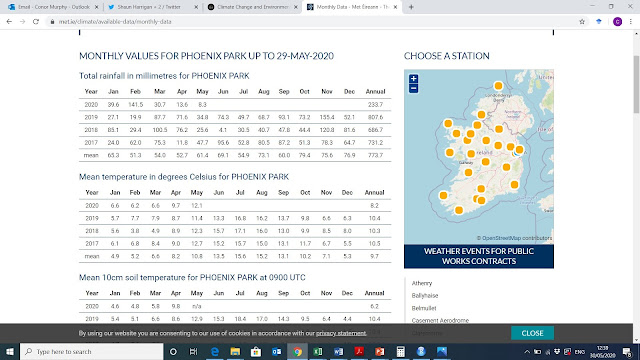 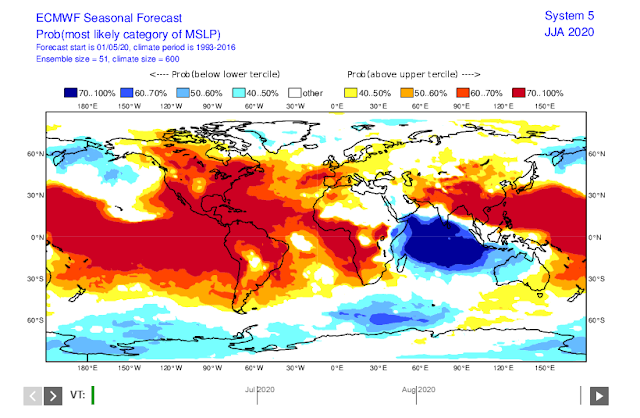