But, trust me, it's a really, really cool car!

I've always primarily commuted to work by bike, walking, or public transport; across four countries, two continents, and almost three decades (I'm getting that old and am that much of an academic nomad). Partly as a conscious lifestyle choice, partly for health, and mainly because of the environmental impacts being low. Confronted by the coming winter weather, and a now longer commute in excess of 16Km (10 miles) with no public transport option on unlit country roads as a result of moving yet again, I've had to look at finally becoming a two car family for the first time ever, to be able to get to work whatever the weather. I still aim to bike as often as I can, but sometimes that simply won't be possible or practical.


My solution is a Renault Twizy - an all electric two seater (at a pinch) car. Or, perhaps more accurately, an electric go-kart by any other name. It's about as no-frills as you can get. Forget being 100% weather proof, heaters, radio, cd etc. This is driving in the raw. It gets you from A to B. It doesn't go super-fast, or super-far, but for a relatively short commute where the fastest speed limit is 80Km/h it's perfect, and it's a lot more weather proof than a bike. You also can't help but drive it with a smile on your face. It'll go about 60-80Km between charges and it's charged straight from a mains plug (no fancy car charger issues) in only a little longer than it takes to charge a smart phone.

The doors open as wings, it's small, and it buzzes around. Needless to say, and with sincere apologies to J.K. Rowling, my boys, who are Harry Potter fans, have immediately christened it Pigwidgeon. With a name like Pigwidgeon it needs, clearly, to be a messanger, so here is Pigwidgeon in his (or her?) finery (thanks to Signflair for developing)... 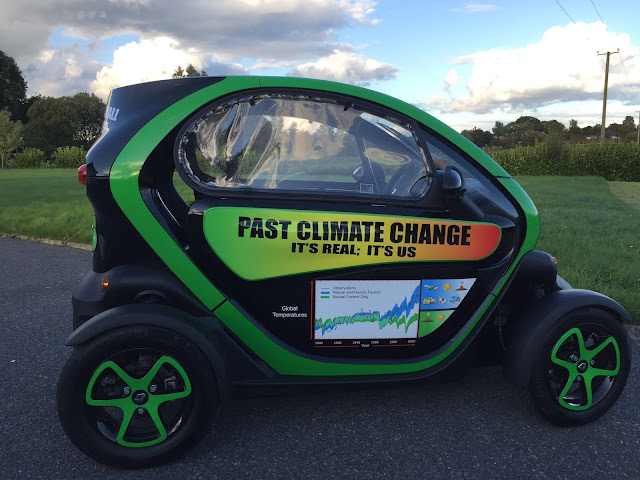 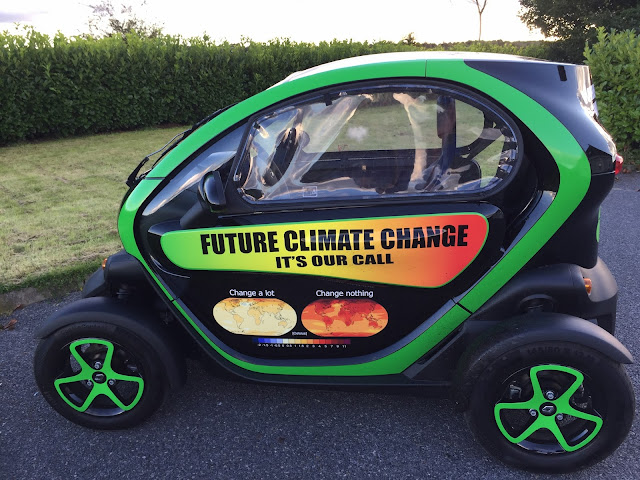 Graphics credits go to NOAA NCEI's graphics team who produced the past climate change figure as part of the US NCA 2014 process (although, humble brag here, the underlying coding is my fair hands); and the most excellent KNMI Climate Explorer run be the irrepressible and, again, most excellent Geert Jan Van Oldenborgh for the two maps used in the future change panel.

As you can see Pigwidgeon is sending out a message about climate change. Where does this message come from? Well, straight from the Working Group 1 Fifth Assessment Report of the Intergovernmental Panel on Climate Change, a report on which I am proud to have played a minor part as a Lead Author (this is a somewhat more pretentious title than the role itself, most work is done by the chairs / vice-chairs, technical support unit, and coordinating lead authors). The messages are words that every party to the process (basically, the vast majority of the nations of the world) all signed off on via a meticulous and painstaking approval process (trust me; I was there). In this case, words really do matter. So, taking these in turn ...

Past Climate Change: It's real

Or, in the slightly longer hand version of IPCC:


Warming of the climate system is unequivocal, and since the 1950s, many of the observed changes are unprecedented over decades to millennia. The atmosphere and ocean have warmed, the amounts of snow and ice have diminished, sea level has risen, and the concentrations of greenhouse gases have increased. 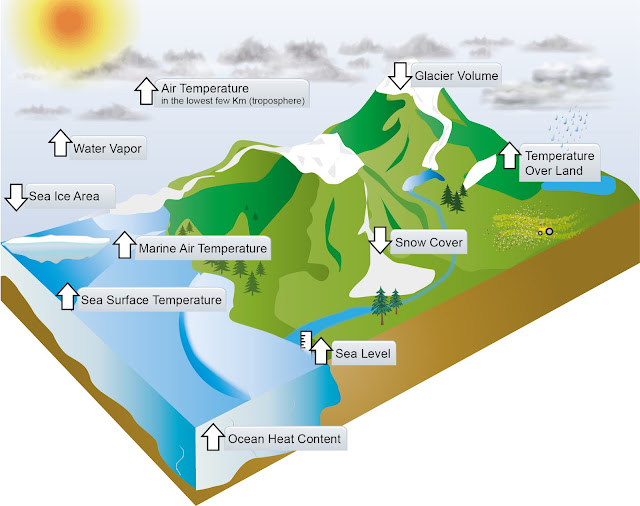 FAQ 2.1, Figure 1 from WG1 report of AR5. Showing what sign of change would be expected were the world warming.

What do the analysed estimates of the changes arising from a broad range of groups, using an arary of analysis techniques, and based upon diverse measurement techniques ranging from satellites through weather stations, buoys, ships, weather balloosns, and floats tell us? That what we would expect is what we actually see: 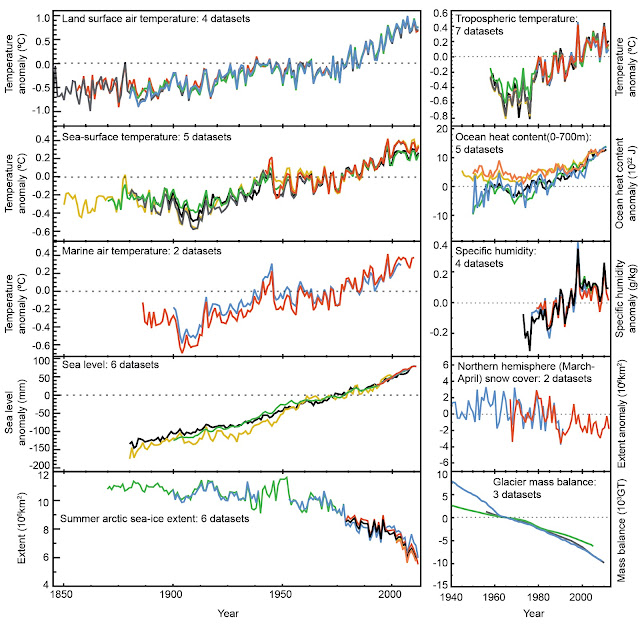 FAQ 2.1 Figure 2 from WG1 report of AR5. Each line denotes a distinctly produced estimate of the changes in the given parameter

Past climate change: It's us


Human influence on the climate system is clear. This is evident from the increasing greenhouse gas concentrations in the atmosphere, positive radiative forcing, observed warming, and understanding of the climate system. 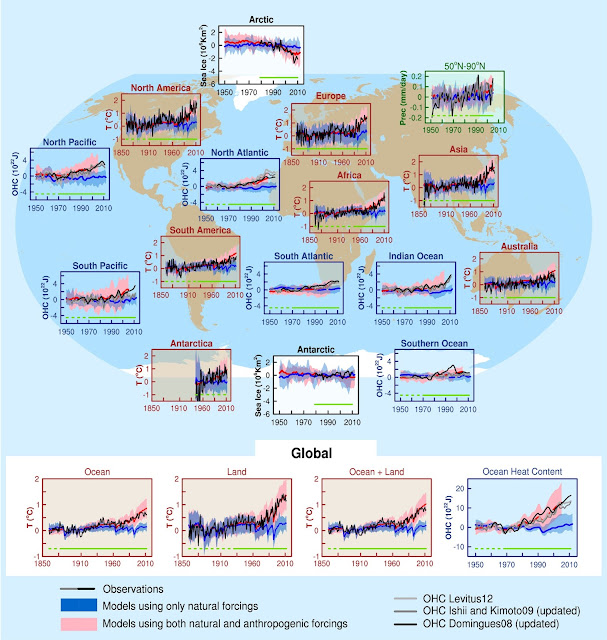 Figure 10.21 from WG1 report of AR5. For multiple regions and parameters to exlain the observed changes requires human factors to be invoked.

How much of the change since 1950 is down to us? Slightly more (!) than all of it is the best guess, and certainly most of it: 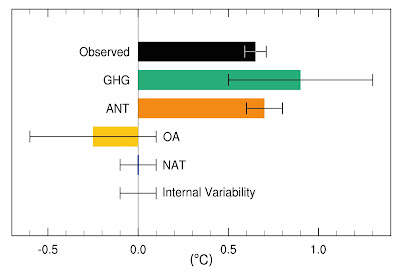 Figure 10.5 from WG1 report of AR5. Contributions of different factors to observed (black bar) change and uncertainties. ANT (orange) denotes the total human (anthropogenic) contribution. The whiskers denote a measure of our uncertainty.

Future climate change: It's our call

Our choices, collectively, matter not just for our personal futures, but what world we leave to our children, our grandchildren, and future generations. We face choices. We can accept the status quo, change nothing, and have a much warmer future world. Or, we can address the challenge of moving away from fossil fuel dependency and other behaviours that lead to climate change, which will require a mix of: policy; innovation; and lifestyle modification, and limit future changes: 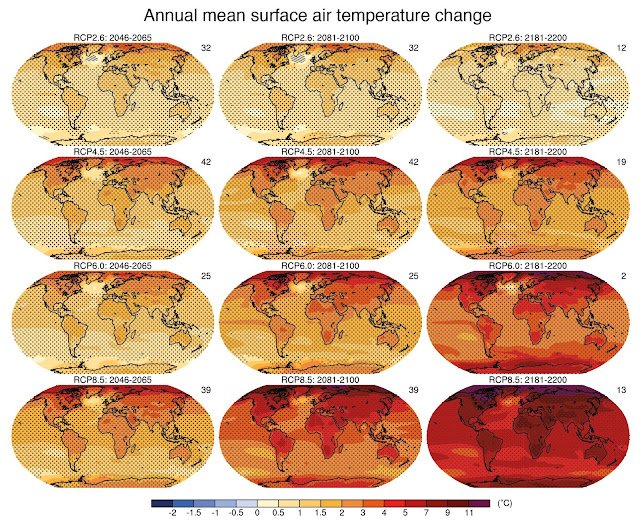 Figure 12.11 from WG1 report of AR5. As you go across you get progressively far into the future. As you go down the degree to which efforts are made to curtail our use of fossil fuels diminishes. 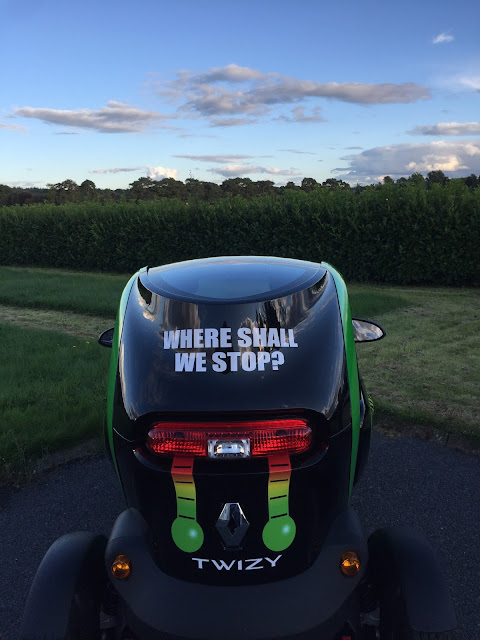