A few months back I entered a competition to participate in a ‘week of scientific young talents’ in Paris. To my surprise a few weeks later I received an email letting me know I had won! Myself and two other Irish scientists were chosen by the French embassy to travel to Paris for a week of activities.

The competition was organised by Universcience, a French organisation based in the Cité de Sciences et de l’Industrie and the Palais de la Découverte. Their goal is to encourage people to engage with science and scientific reasoning and to inspire people to be curious about the world around them. The prize was arranged to celebrate the 30th anniversary of the Cité de Sciences and the 80th anniversary of the Palais de la Découverte this year.

On arrival we were greeted by the organisers at the Cité de Sciences and introduced to the hugely varied group. 42 people from 26 countries spanning every continent. That evening we were treated to a screening of the movie ‘A Beautiful Planet’ in La Géode, an incredible 180 degree cinema which creates a truly immersive experience (and can induce minor motion sickness). The movie shows films of the Earth taken from the International Space Station and highlights the international collaboration of space agencies who transcend politics and borders to achieve common goals – an appropriate introduction to the week ahead!

On Monday we were given a private tour of the Cité de Sciences as it was closed to the public, allowing us free reign over the exhibitions and a chance to see how children learn in the kids section of the museum. This fun experience saw us playing with TV, water, robots, plants and ants. That evening we travelled as a group on the metro (easier said than done) to the Ministry of Higher Education and Research, where we had champagne and canapés with the Minister’s top aide and the president of Universcience, among others.

On Tuesday we visited the headquarters of L’Oréal Paris, who co-sponsored the week. The morning consisted of a workshop on women in science with some fascinating discussions arising from all the different experiences of scientists from around the world. A luxurious lunch of sushi and French patisserie followed - where we all felt that we could get used to this kind of treatment. After lunch we toured the L’Oréal factory and learned about their outreach, manufacturing and development processes and met a lovely Irish woman called Maureen who showed us how hair dye lives up to what it says on the tin.

Wednesday saw our first visit to the Palais de la Découverte, a beautiful building temporarily obscured by some scaffolding as they fix the roof. We visited the planetarium and while some toured the night sky, others took the opportunity to take a nap and sleep off the French wine from the night before. That afternoon all 42 young scientists presented our research projects in three minutes each. Topics included everything from climate change, engineering, computer science, fibre optics, biology, communication, chemistry, physics. medicine, and bird sperm analysis.

On Thursday we returned to the Cité de Sciences and participated in workshops about museology, spending the afternoon designing and building our own creations in the museum’s FabLab. In the evening we visited the Musée d’Orsay where we viewed the exhibitions in the gorgeous museum and had dinner in the petit salon with members of Universcience, L’Oréal and government representatives. Again, we felt we could get used to this treatment. 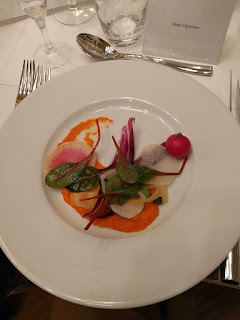 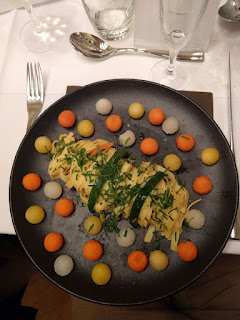 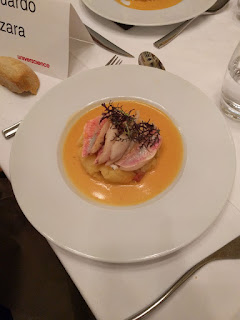 On Friday in the Cité de Sciences we listened to presentations on spatial physics, maths and magic, and climate change, before being transferred to the Musée de l’Homme where we saw the history of mankind, our current state, and where we are going in the future. We continued on to the Foundation Louis Vuitton to witness the collection of Sergei Schukin – ‘Icons of Modern Art’. The exhibition chronicled the development of modern art from impressionism to cubism, expertly explained by a guide from the Louis Vuitton foundation.

That was sadly our last night in Paris and after a fantastic week, a quick look at the Eiffel tower, and stocking up on cheese - on Saturday morning we headed home.


I’d like to express a huge thank you to the all the staff of Universcience (particularly Flavie who was always there to help!), the French embassy in Ireland (FranceinIreland) for funding the programme and allowing three Irish people to go, and of course the 41 other young scientists who made the experience such a pleasure to be part of.