Development and analysis of a homogeneous long-term precipitation network (1850-2015) and assessment of historic droughts for the island of Ireland. 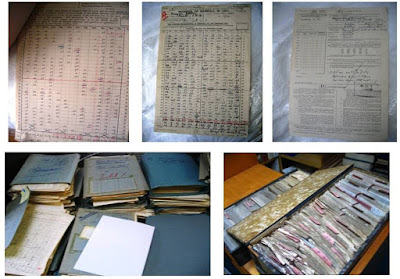 Summary of key findings:
This research produced a quality assured Island of Ireland precipitation (IIP) network of 25 stations dating back to 1850. The results of the analysis show that the years 1891 and 1964 stand out as the driest winters at nine and six of the IIP stations respectively. The wettest ranked winters across 12 stations occurred in 1877, 1994 and 1995. The summer of 1995 was the driest at 6 stations (east and southeast) while 1976 was driest at 3 stations (midlands and northeast) since 1850. 1861 ranks as the wettest summer for 8 stations located along the west coast while 1958 is wettest for stations in the east. The 2000s also stand out because of wet summers (in 2007, 2008 and 2009). Spring 1947 was the wettest for 15 stations with both 1995 and 1976 notable as the driest springs.
The Mann Kendall trend test results indicate positive trends in winter precipitation and negative trends in summer over the period 1850-2010 (see Figure 2 and 3). The trend results following data homogenisation showed changes in magnitude and direction in trends at some stations. Malin Head has been analysed in previous studies (e.g. McElwain and Sweeney, 2007) and significant annual increasing trends were detected 1890-2003. However, post homogenisation no annual trends were present at Malin Head, with similar results found for winter. In addition, summer trends pre-homogenisation at Malin Head indicates no trend while post homogenisation trends show significant decreasing trends.
These results show the importance of assuring that climate records are homogenous as misleading trends can be present. The trends in shorter records commencing post 1940 are not representative of the detected trends since 1850. The results show that in most cases trends over the period 1940-2010 contradict the trends detected over the period 1850-2015, highlighting the importance of long-term records. 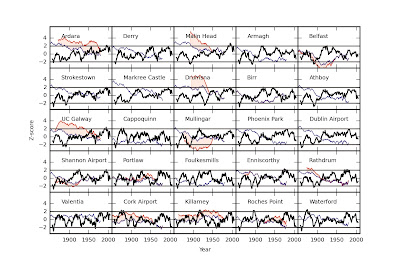 Figure 2 Homogenised winter time series for all stations smoothed with an 11-year moving average (black line). MK Z scores are shown before and after homogenization where applicable (red: unhomogenised; blue: homogenised/no breaks detected) calculated for varying start years (which are given by the x-coordinate). The grey lines indicate ±1.96; absolute values exceeding these bounds are interpreted as significant at the 0.05 level. 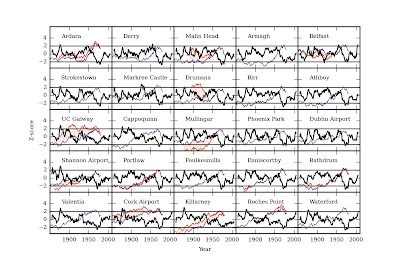 Figure 3 same as Figure 2 only for summer. 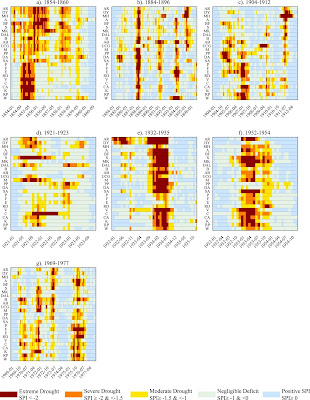 Figure 4 Drought signatures showing SPI-12 values for all stations in the Island of Ireland Precipitation (IIP) network for the 7 drought periods identified with island wide impact. Negative SPI-12 values are colour coded according to severity thresholds to highlight periods of moderate to extreme drought conditions.

Results for an extended precipitation series (1765-1849) identified a further seven long duration droughts (>18 months) during 1784-1786, 1800-1804, 1805-1806, 1807-1809 1813-1815, 1826-1827 and 1838-1939. Many of these drought events occurred during or immediately prior to Irish famine events, most notably the Great Irish Famine 1845-1849 (Ó Gráda, 2015).
An online drought mapping application which highlights three of the droughts identified and their impacts, the map also provides a summary of all droughts and can be accessed at:
Historical Irish Drought Maps
Documentary evidence has provided important insights into the impacts from past severe drought in Ireland while highlighted interesting societal responses (See Figure 5 and 6). Impacts include reduced or failed crop yields, increased crop and dairy prices, human and livestock  health  issues,  water  restrictions,  low  reservoir  levels,  water  supply  failures  and hydro-power  reductions. The  work  shows  the  importance  of  combining  qualitative  and  quantitative evidence  of  historical  droughts,  which  provides  crucial  information  allowing  for  a  much clearer understanding of drought development and impacts. 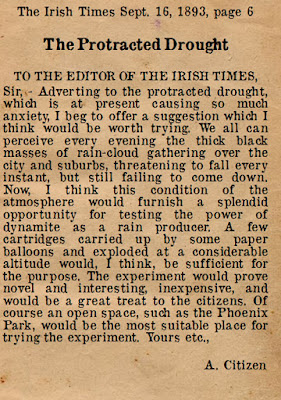 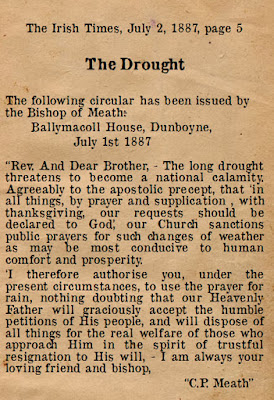 Figure 6 Circular from the Bishop of Meath authorising the prayer for rain, published in the Irish Times on 2nd July 1887.

My thesis produced (for the first time) a homogenised precipitation network of 25 stations for the island of Ireland. The precipitation network analysis has contributed considerably to knowledge by providing important insights into variability and change over the longer term. In addition, this thesis has produced (for the first time) a detailed 250-year drought catalogue for the island of Ireland. This work contributes significant new knowledge that can be used for stress-testing the resilience of planned Irish water resource developments. By combining qualitative and quantitative evidence of historical droughts this thesis has provided a more coherent understanding of drought development and historic impacts. Finally, several peer reviewed journals have also stemmed from my research (Murphy et al., 2016; Noone et al., 2015; Noone et al., 2016; Wilby et al., 2015).