In Ireland there is a lack of suitable quality controlled homogenised long term data sets. Long-term precipitation series are critical for understanding emerging changes to the hydrological cycle. In addressing this issue researchers at Irish Climate Analysis and Research UnitS (ICARUS), have been involved in a collaborative study with Met Éireann and various researchers based in Universities across the UK and Northern Ireland. This study constructs a homogenised Island of Ireland Precipitation (IIP) network comprising 25 stations and a composite series covering the period 1850-2010, providing the second-longest regional precipitation archive in the British-Irish Isles.
A homogeneous climate time series is defined as one where variability is only caused by changes in weather or climate. Unfortunately most atmospheric data have been impacted adversely by non-climatic influences, such as changes in instrumentation or observer practices, station moves, or changes in the local environment. Following data bridging and updating of stations HOMER homogenisation software is employed to detect breaks/ potential issues. Detected issues are meticulously checked with available station metadata and any identified issues are corrected by HOMER.
Some of the key findings of this study reveal increasing (winter) and decreasing (summer) trends in precipitation over the period 1850-2010 (Figure 1). Table 1 presents the top 10 ranked wettest and driest season and years from the IIP series 1850-2010.
This work will be presenting by Simon Noone at the 10th EUMETNET Data Management Workshop on 27-30th October 2015 in St Gallen, Switzerland. (http://www.meteoswiss.admin.ch/home/research-and-cooperation/international-cooperation/eumetnet/10th-eumetnet-data-management-workshop.html )


The IIP series data is freely available for use and download at www.met.ie/downloads/Long-Term-IIP-network.zip. 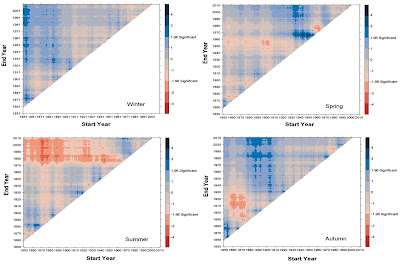 Table 1 Top 10 ranked wettest and driest seasons and years from the homogenised and extended Island of Ireland precipitation (IIP) series 1850-2010.
Posted by Unknown at 9:14 AM